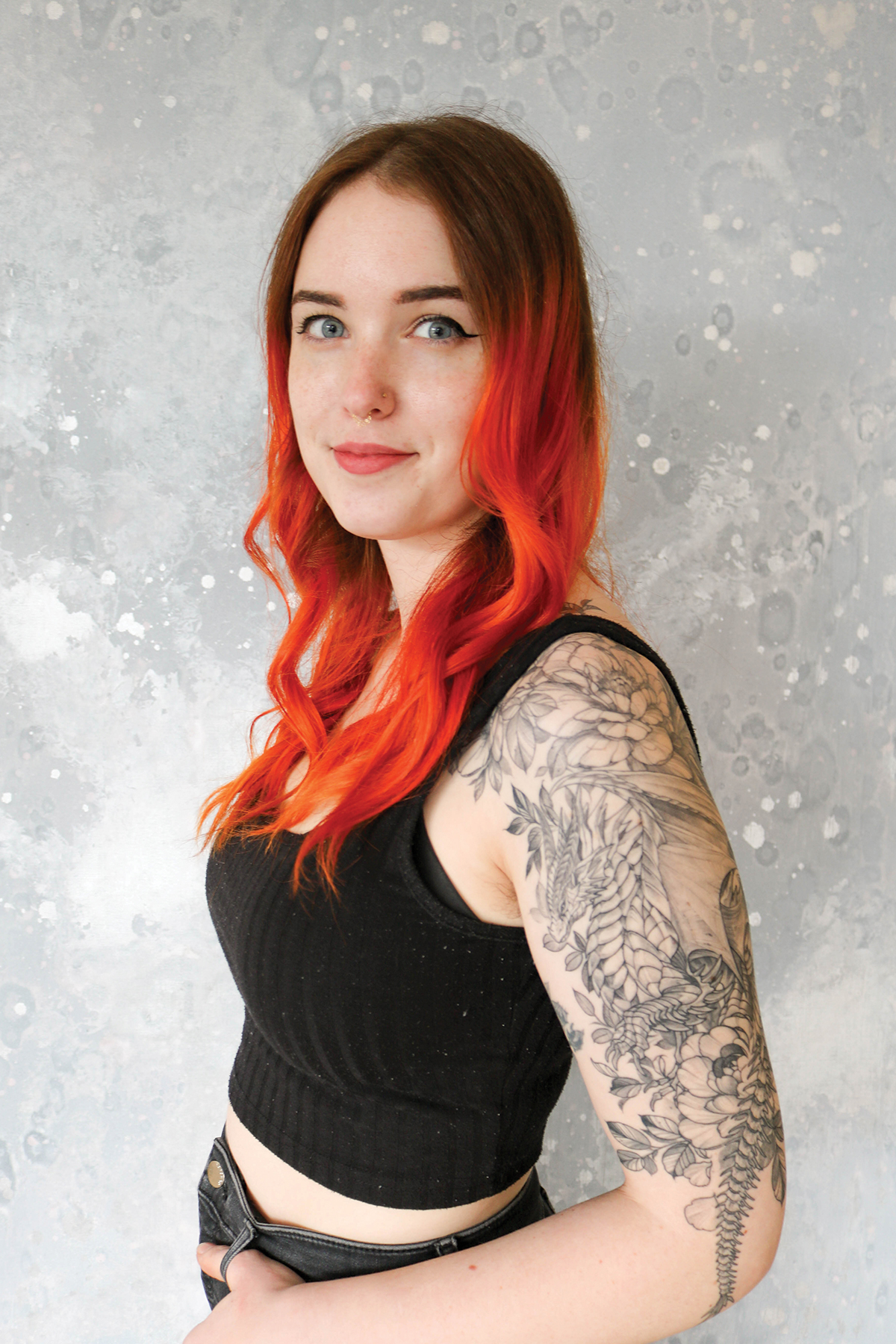 My tattoo art is inspired by growth within nature, and I lean towards designs that allow for an organic flow with the body. While my work revolves heavily around botanicals, I have a love for just about all things plant or animal-related. I also enjoy doing simple, fine-line script and minimalistic designs and am constantly striving to create tattoos that compliment the body, and can make it feel more like home.

My goal is to create a comfortable experience for each client, where they can feel empowered by their decision to decorate their skin.

Marine's bookings are currently closed. Stay posted on her Instagram for announcements about open bookings.

Please view all of the FAQs, AFTERCARE, and POLICIES for our services on our INFO PAGE before booking an appointment.

My career in tattooing began after moving to Ontario for an apprenticeship in 2018, up to which point drawing had largely been just a hobby done in my spare time. Since the spring of 2019, I have been working out of Vancouver, BC, and am continually working towards improving my craft.

My interest in drawing began in high school, mostly as a way to avoid paying attention in class. While initially my focus was on drawing realism, over time I developed a love of drawing in pen and ink, which was translated into fine-line when I began to tattoo. I gravitate towards designs that look gentle on the skin, but also feel like they deserve the space that they take up, regardless of whether the tattoo is large or small, similar to the way ink demands it’s space on paper.

In highschool, I attended a couple of drawing classes, and pursued art as a hobby, up until my apprenticeship in 2018. During my apprenticeship, I learned the fundamentals of tattooing, as well as proper safety procedures and sanitization procedures. I have my certification in bloodborne pathogens, and consider myself to be highly attentive towards safe practice within tattooing. Since moving to Vancouver, my focus has been on refining my technical skill and learning new ways of using lines to convey texture within my designs.

In my downtime, I love to spend time with my two black cats, Percy and Zoos. Otherwise, I enjoy listening to audiobooks and finding different spots around the city to draw. I love trying out different cafes and coffee shops and am forever on the hunt for a good latte and pastry. When I’m not drawing, you can find me knitting, trying out new foods, or hanging out at the beach.

Ready when you are.

Marine's bookings are currently closed. Stay posted on her Instagram for announcements about open bookings.